The slow burn of mother guilt catches me unawares sometimes but on other occasions, it’s as sharp as a knife. Or more accurately, as shrill as a tired toddler’s screech.

When a knock on the door from a concerned motorist signals a heifer and bull trotting down the road, which in turn reveals that a mob of skittish kangaroos have rendered your fence as floppy as a spoonful of fettuccine, a farmer has little choice but to report to the scene, sirens wailing. If the farmer is also the mother of a toddler, the ramifications can be far more serious: Nap Time Deferral (NTD).

Strapped to the Bobcat seat, my Little Man finds it hard to understand why Mama is singing lullabies as she fumbles with the fence strainer when she should be singing them at the bedside. 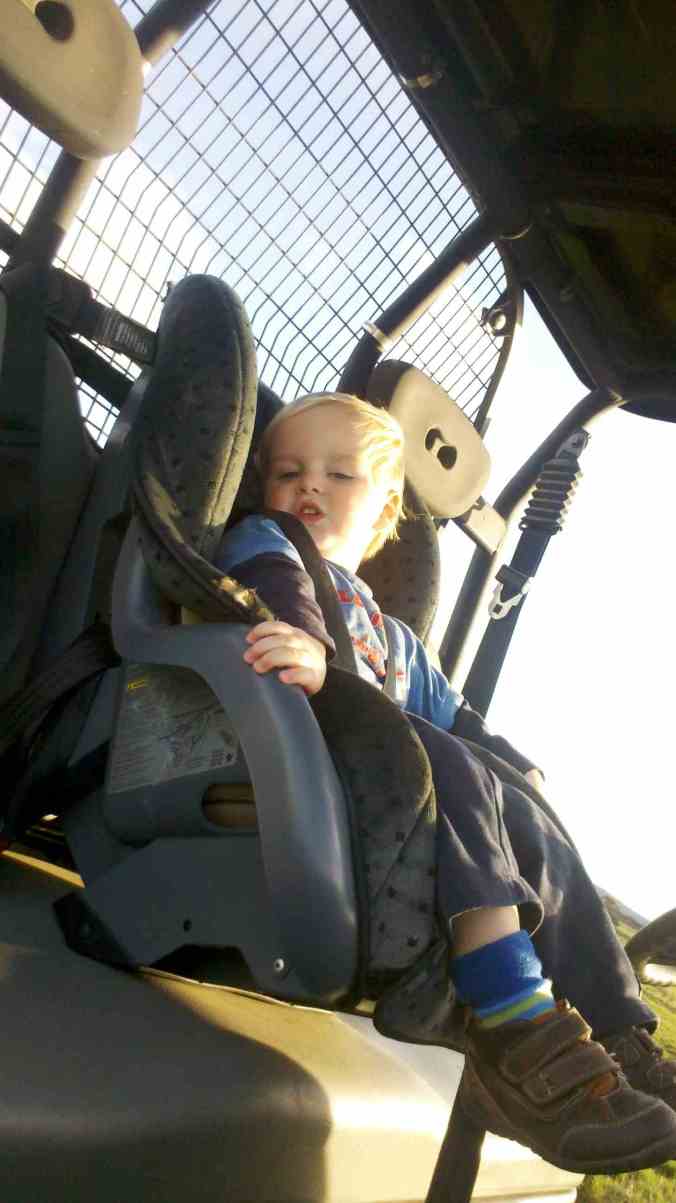 “Sorry, Little Man, I promise I’ll be as quick as I can, I just have to get this done…”

I know Mother Guilt is not limited to farming or, indeed, mothers. On Twitter’s AgChatOz forum the other day, fellow dairy farmers told of their dismay. 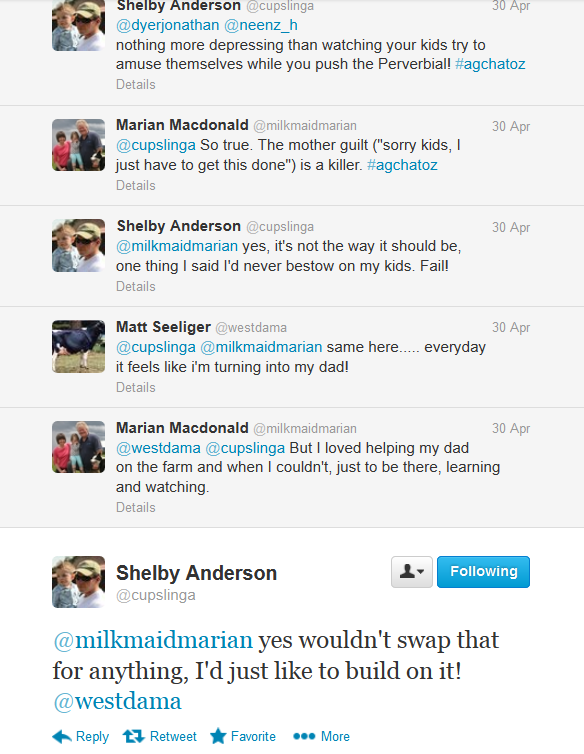 And, then, Shelby posted a link to this:

Cat’s in the Cradle always “gets me”, too. It’s times like these that I wonder if I am doing the right thing. My children see more of me going about daily life than they would if I was an office worker but, with farm returns so low, it seems we spend most of our time working and less of their time playing.

With the heifer paddock hastily patched up, Zoe, Alex and I returned last weekend to do the major works. As I wrestled with wire and strainers, they gambolled about the picturesque hidden paddock. Flanked by forest, they were out of the chilly wind, away from roads and so carelessly happy. I smiled as their little heads bobbed across the pastures and my spirits soared as their laughter echoed around the trees.

A gambol cures a dose of mother guilt

I was cured. Well, almost. What mother would stand back and film this?