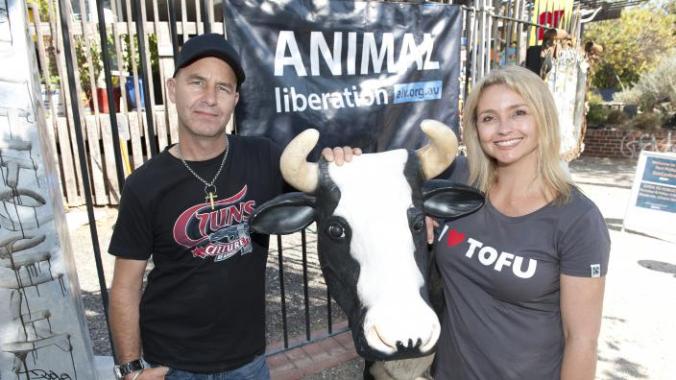 Living with the Enemy: Steve the hunter vs Felicity the animal liberationist

Felicity is one of the reasons few farmers write blogs. On the whole, we’re terrified of Animal Liberation activists and tonight’s episode of Living with the Enemy was an excruciating reminder of some of the rare but outlandish comments I’ve refused to post on Milk Maid Marian.

People like Felicity, who calls Steve the hunter “a serial killer”, hinder the work that more moderate animal welfare bodies do with farmers.

Equally, Steve’s emotional disconnect with any of the animals he loves to hunt is almost incomprehensible to Felicity. And she’s not alone in that. Plenty of farmers I know can’t stand guns, either. Of course we can’t ignore feral animals but I find it gut-wrenching to kill anything, even when euthanasia is the only choice.

I hope – I know – these are the extreme ends of the spectrum. The reality is that most farmers and most animal welfare activists all want the best for our animals and recognise that the only differences are in the interpretation of exactly what that means and how to get there.

Farmers need to have meaningful conversations with others who share our passion for animals. That takes trust.

8 thoughts on “Living with the Animal Liberationists and the hunters”