When Alex found this gorgeous green grocer cicada, he was a little wary. But, of course, cicadas don’t bite – they’re sap suckers – so I encouraged our little people to have a really good look at the marvellous creature. 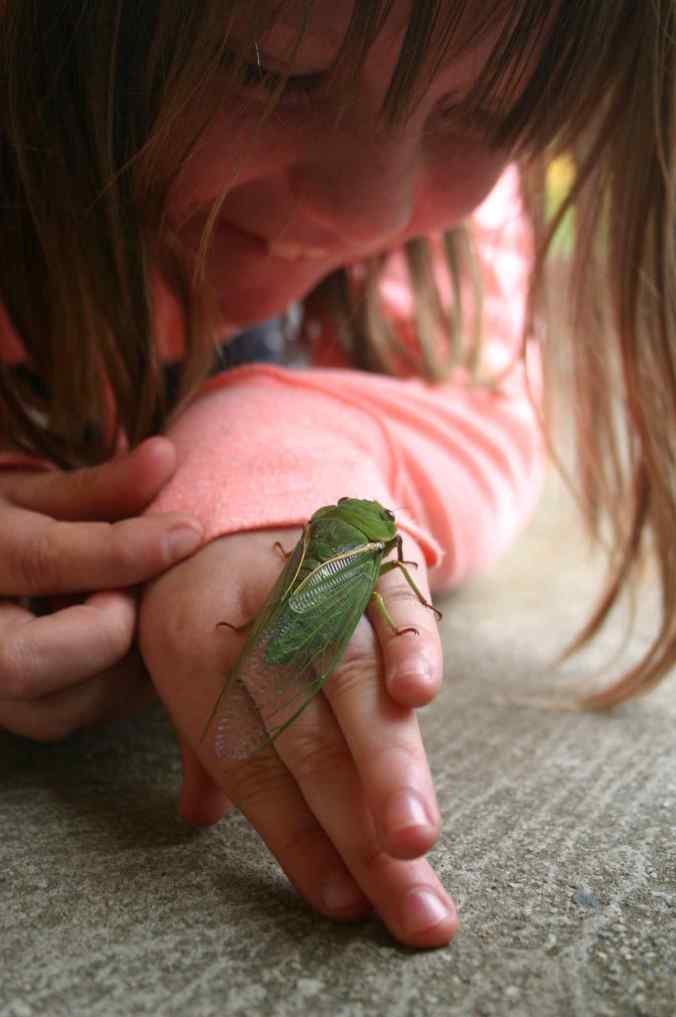 Once Alex saw Big Sister having fun with the green grocer, he was more inclined to get into the act, beginning with a cautious stalking session.

Then, with some trepidation, he let it creep slowly across his fingers and was actually starting to enjoy the encounter when the impossible happened: the wretched winged wolf BIT him.

Alex’s hands shook and tears began to well but the green grocer clung on with all six hooks and the proboscis too! We finally flicked it off a little less carefully, I must admit, than I’d like.  Twenty minutes later, Little Man was off for his afternoon nap, only to wake with a “Cada hurting me, Mama!” nightmare.

So much for instilling a love of nature. More like a Brave New World conditioning session.

PS: If you were under the illusion that cicadas won’t hurt you, watch the reaction of this grown-up: