Alex was excited as he pulled on his boots this morning. He had full custodianship of the big Dolphin torch and lit our way through the paddock to open the gates in time for the cows.

With the gates open and the track diverted, Alex checked the operation of the trough, just as the sun’s glow lit the sky.

The Little Man is growing up with the call of the farm in his blood, something that makes him unusual for Australian kids these days, something that’s a real privilege.

He doesn’t realise it yet and I suspect many of the Year 8 students I met today don’t, either. Two DEPI experts and I were part of a panel drawn together to help inspire a new generation to follow their passions and keep learning all the way through life. A lofty aim that’s somewhat daunting, for it took two tragedies to find my way here.

During the questions that followed, one boy illuminated the elephant in the room: “Is it better to get a job you really like even if it pays badly or should you go for one that pays really well?”

For me the answer is clear. While Lynne Strong is undoubtedly correct when she writes that an adequate financial reward is key to seeing more young people return to agriculture, it’s not the only thing. Profits support a passion but rarely do they invoke one. 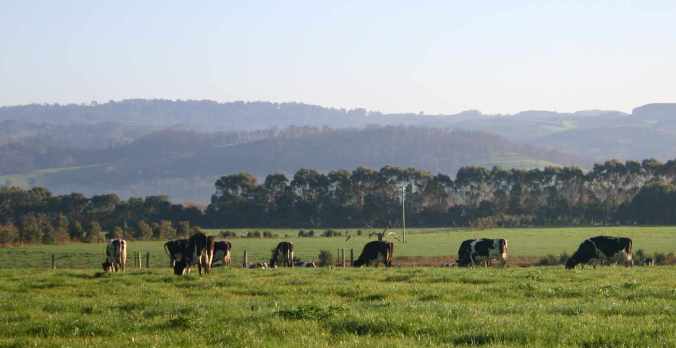