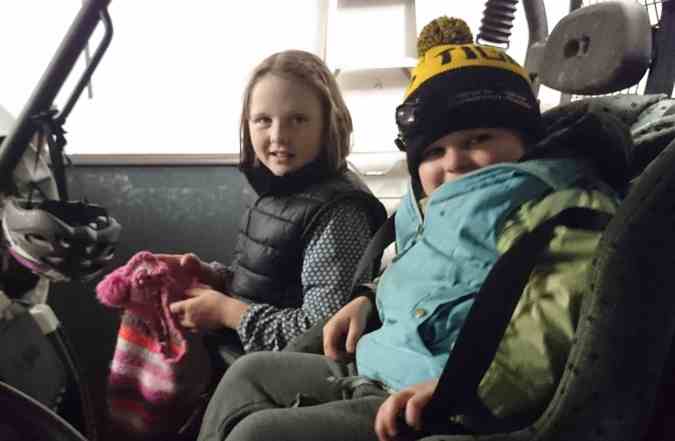 Can you see the triumph on the faces of the kids as the Bobcat pulled into the garage on Wednesday night? We’d been on our evening patrol of the new kangaroo fence and hadn’t seen a single kangaroo on the farm at dusk.

We have been pushing back the roos and wallabies in earnest now since Easter, training the mob of 300 or so that ravage our pastures to look elsewhere. It’s been an epic battle. I fill in a spot they’ve dug under the fence with a big log, they find a new path. I fill that in, they flatten themselves out a little more and squeeze in alongside the log. 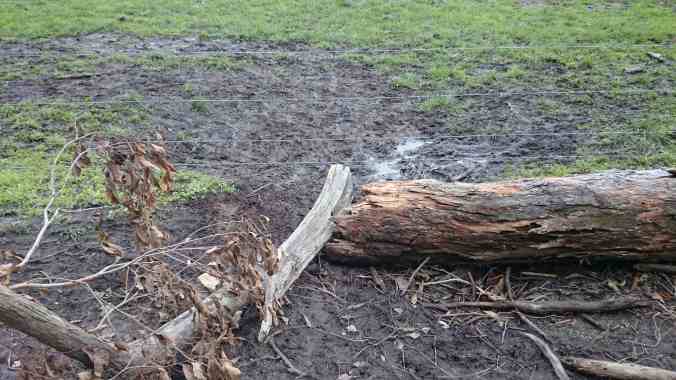 The roos just extended their underpass after the first blockade

More than three kilometres of The Roo Fence separates farm from forest and I’ve spent an average of an hour a day maintaining security.

It was with a warm inner glow of satisfaction that I embraced the chilly air at dusk on Thursday, finding the paddocks gloriously empty of roos and wallabies once more. A single roo hopped along the forest side of The Roo Fence looking for a way in, only to disappear again into the darkness of the forest.

And then, I turned the corner and was presented with a sickening sight. In the front paddock, closest to the road, the roos had discovered The End. The Roo Fence secures the farm on three sides and wraps around a little further onto the fourth, in a convincing show of its impregnable, endless nature. Or not.

Plucking up more courage than I thought possible, the roos had hopped right up to our neighbour’s house and simply turned the corner back into the farm. I counted 50 in one bunch and saw another two mobs equally as impressive, along with a small cluster brazenly grazing right at The End itself. At least 150 in the small front paddock, maybe more.

The light of day revealed a sorry picture. A clear track complete with roo fur on the wires confirmed that no amount of fence tweaking will do the trick. Only a Roo Fence visible from space will stop them now. Fear not, dear Reader, we will prevail! 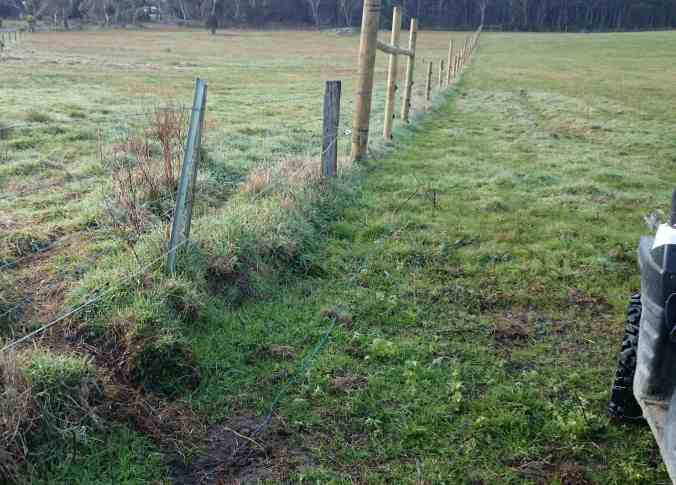 At The End. See the track under the fence?