We did something desperately silly yesterday: we pushed not one but six fighting bulls along a one kilometre treck (including a road crossing) at once, just before milking time. Silly because I was very worried someone might get hurt. Desperate because they’d broken into the yearlings’ paddock.

Yearlings get as randy as a mature cow but until they’re 15 months old, their bodies just aren’t up to carrying a calf, let alone a one-tonne Friesian bull.

Strangely enough, the six jousting bulls went across the road okay. It was “Buster” who had my full attention. Buster the bull was in a group of seven until, suddenly, he was by himself over the fence. A seemingly impregnable, tightly strained eight-barb was no match for him and his mates. We hadn’t seem him exit the laneway but the fence was the worse for wear and a slow drip of blood from his tail showed he wasn’t completely unscathed.

As we approached – me, Zoe and Alex in the Bobcat and Wayne on a quad – Buster’s first response was to swing round at Wayne and put his head down. Now, that’s not a good start. That’s a threat.

Wayne very wisely stopped and feeling a little safer on the Bobcat, I called Buster’s bluff, who stood his ground. There we were in a bull to bull-bar standoff. I squeezed the accelerator and Buster pushed forward, then swung around again facing the Bobcat a-midships. Reverse, redirect, start again. This went on for about 15 minutes before we finally got Buster back out into the laneway.

We decided Buster was bound to make even more trouble with the “crew” in tow, so he had to be cajoled the entire way by himself. He was better with the cows but, even then, decided to pick a fight. Hope Buster just had PMT!

Aussie cricketers are infamous for sledging but, judging by last night’s performance, they have nothing on our Jersey bulls.

Three of these testosterone-fuelled bovines are in with the last of the cows due to calve and they are sharing a very strict pre-calving or “transition” diet that involves virtually no grass – just grain and cereal silage and hay. So, when I arrive with the grain trailer, everyone rushes over and tucks in before they miss out. Well, not quite everyone.

It all started when I arrived with the grain trailer

Nobody else was impressed 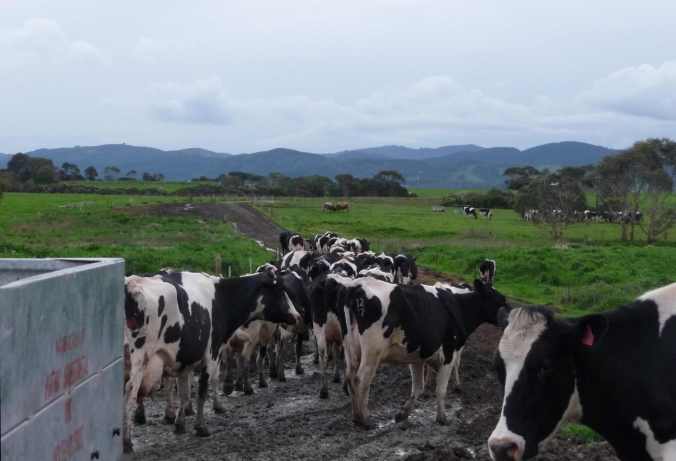 The bulls just kept on going 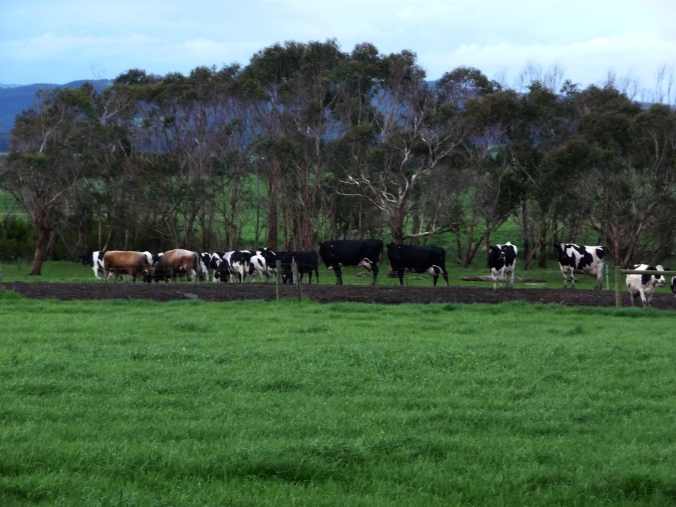 Love to hear what you thought the original sledge was that sparked all this off!